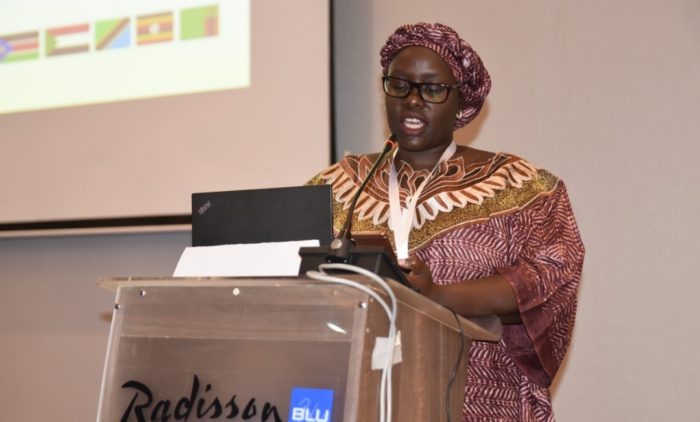 Dear friends and partners,
We are pleased to announce the appointment of our new Executive Director at International Refugee Rights Initiative, Ms Achieng Maureen Akena.

Achieng brings to IRRI an unfettered passion and commitment to human rights advocacy generally and with the vulnerable groups in particular, as well as a wealth of knowledge and experience in strategic leadership, institutional resource management and advocacy networks in the international institutions at global and continental level. Achieng has over 18 years of experience in the promotion of democratic governance in Africa and advocacy in the protection of human rights of marginalised people globally. She holds a Masters in International Human Rights Law from Oxford University in the UK. Achieng is no stranger to IRRI, having served in 2006-7 as Project Coordinator of the International Justice in Africa programme.

Prior to joining IRRI, Achieng was executive director of the Centre for Citizens Participation in the African Union (CCPAU)/the Pan African Citizens’ Network (PACIN). She has, among other engagements, served with the United Nations Assistance Mission to Afghanistan (UNAMA), as a Human Rights Officer in 2008 and with the African-led Support Mission to Mali (AFISMA), as Human Rights Observer in 2013.

Achieng was selected following a robust public search that included an internal interactive evaluation with the organisation staff, and she emerged the best candidate. She joins IRRI at an opportune moment: this year, we commemorate IRRI’s 15 years of promoting human rights in situations of conflict and displacement, enhancing the protection of vulnerable populations before, during and after conflict; and robust advocacy for human rights of persons affected by or living in forced displacement. We therefore congratulate Ms Akena on her appointment and wish her the best in leading IRRI in its next phase of evolution.

We invite you to interact freely with Achieng, share feedback and other resources as she sets off to strengthen our relationships and partnerships.