As many country situations, especially in Africa, become intractable, those fleeing their home countries require sustainable solutions to their exile. Hosting 26% of the world’s refugee population,  Africa renewed its commitment during the 2019 Year for Refugees, Returnees and Internally Displaced Persons, towards ensuring durable solutions for forcibly displaced persons on the Continent. IRRI posits that Pan-Africanism of the 21st century should be informing a reimagining of asylum in Africa, in the light of regional integration, citizenship and related free movement arrangements.

IRRI also believes that for solutions to be durable, sustainable and impactful, they need to be people-centred, contextual and aimed at reaffirming dignity, rights and the agency of refugees. UNHCR recognises three solutions to displacement of a) return, which requires the existence of conditions suitable for such return, as we see with Burundi and other countries below; b) resettlement to a third country which is only attainable by a small minority;  and c) local integration, which needs to be bolstered by inclusive policies, aimed at ensuring the self-reliance of refugees, which in turn builds their resilience.

With such an intricate displacement landscape in the Great Lakes Region and across Africa, the topic of return is one that concerns IRRI greatly, and forms an important part of our work on resolving displacement. Return is often controversial and fraught with several complex factors occupying the nebulous space between forceful deportation or refoulement, voluntary repatriation and spontaneous arrival. These factors of return do have a significant impact on integrating previously displaced persons.

While voluntary repatriation is the preferred solution to displacement by regional and international actors, research conducted by IRRI and our partners indicate that, contrary to previous assumptions, returnees rarely come home to political stability or socio-economic security, and return migration can confound local conditions. This is particularly relevant in the Great Lakes Region, where cycles of displacement and return have fuelled conflict and power struggles over many years. 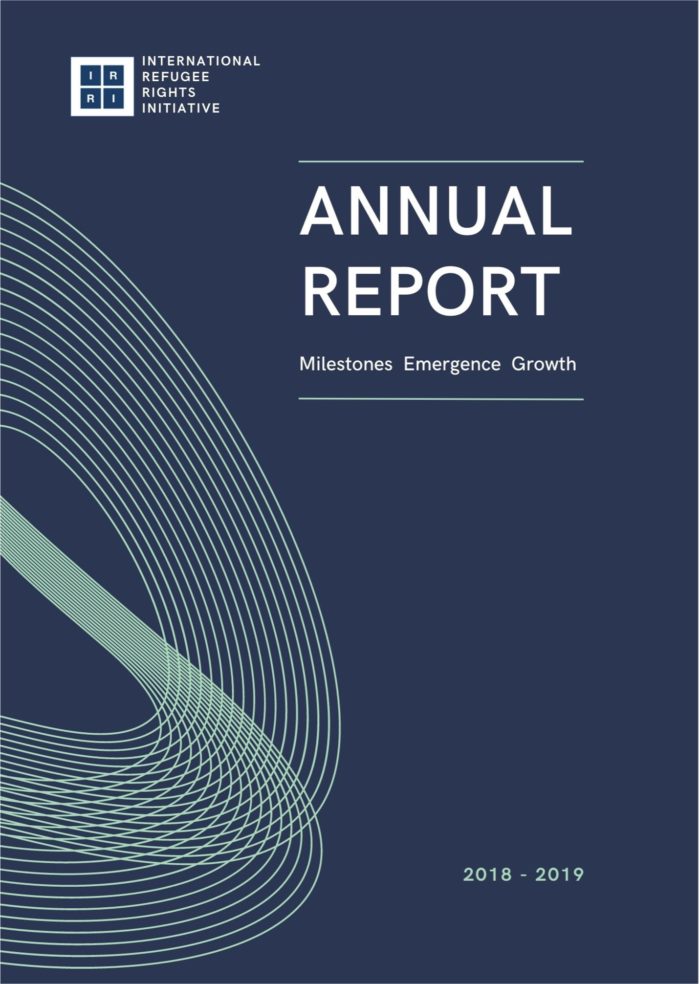 FROM THE EXECUTIVE DIRECTOR When I was joining IRRI in the first quarter of 2019, I could not have imagined the dynamism and shifts we would experience by the end of 2019. We changed. Simply put. At the milestone of 15 years, we determined that we needed to re- strategise and rethink IRRI, and what… 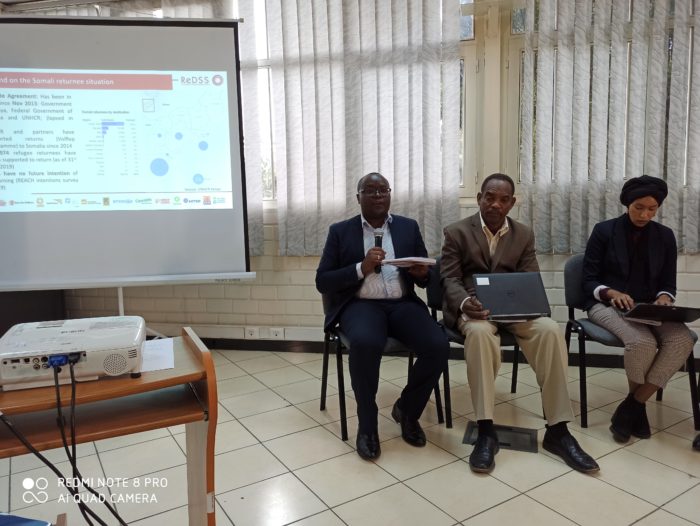 Introduction After decades of conflict and violence, the Great Lakes region of Africa remains one of the areas of the world most affected by forced displacement. Currently, the Democratic Republic of Congo (DRC), the Central African Republic (CAR), Burundi and South Sudan are among the global top ten countries of origin of refugees, but every… 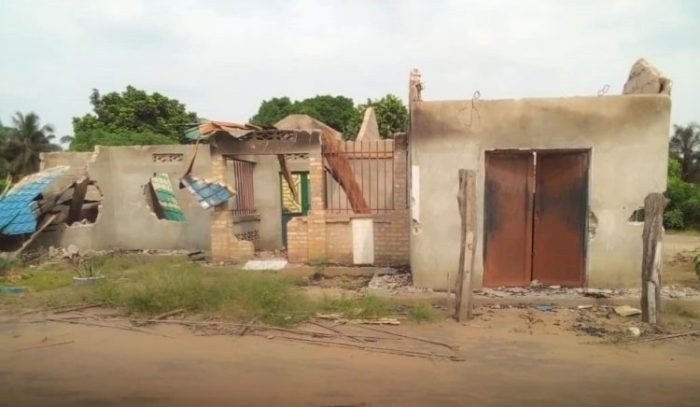 Still no justice for massacres in western DRC

Exactly one year ago, hundreds of people were slaughtered in Yumbi, in western Democratic Republic of Congo. On 15 and 16 December 2018, assailants targeted members of the Nunu ethnic group in a deliberate and organised manner. The attack lasted less than 48 hours but left the area in total disarray. As attention is… 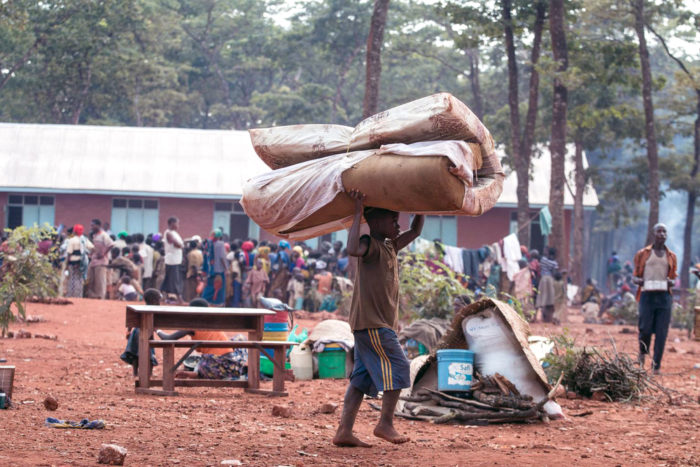 Forcing Burundian refugees in Tanzania to leave the country is not only problematic legally, it could also sow the seeds for renewed conflict and displacement in Burundi. At the end of August, the Burundian and Tanzanian governments jointly announced that the 183,000 Burundian refugees would be repatriated. While such a large-scale operation has yet… 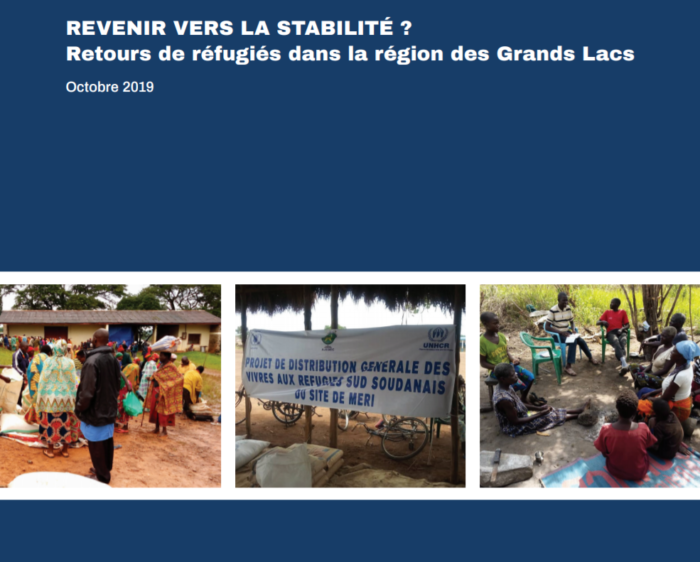 After decades of conflict and violence, the Great Lakes region of Africa remains one of the areas of the world most affected by forced displacement. Most of the countries in this region host refugees but have also seen their own citizens seek refuge in neighbouring countries. Voluntary repatriation is generally seen by regional and international… 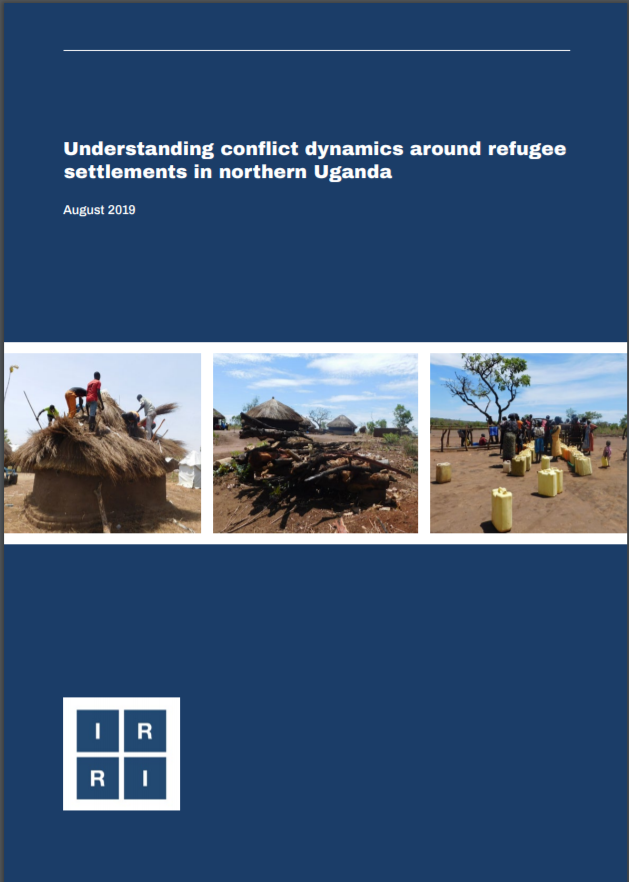 While there are overall good relations, tensions between South Sudanese refugees and Ugandan communities around natural resources, livelihoods and land should not be ignored, a new report by International Refugee Rights Initiative highlights. Frictions have sparked violent incidents, and if not properly addressed could escalate into broader conflict in northern Uganda. Between December 2018…

As a coalition of 16 international and regional civil society organizations, we are writing to seek your urgent support in addressing the precarious situation in South Sudan. Delays in implementation of the Revitalized Agreement on the Resolution of the Conflict in the Republic of South Sudan (R-ARCSS) and the recent six-month extension of the… 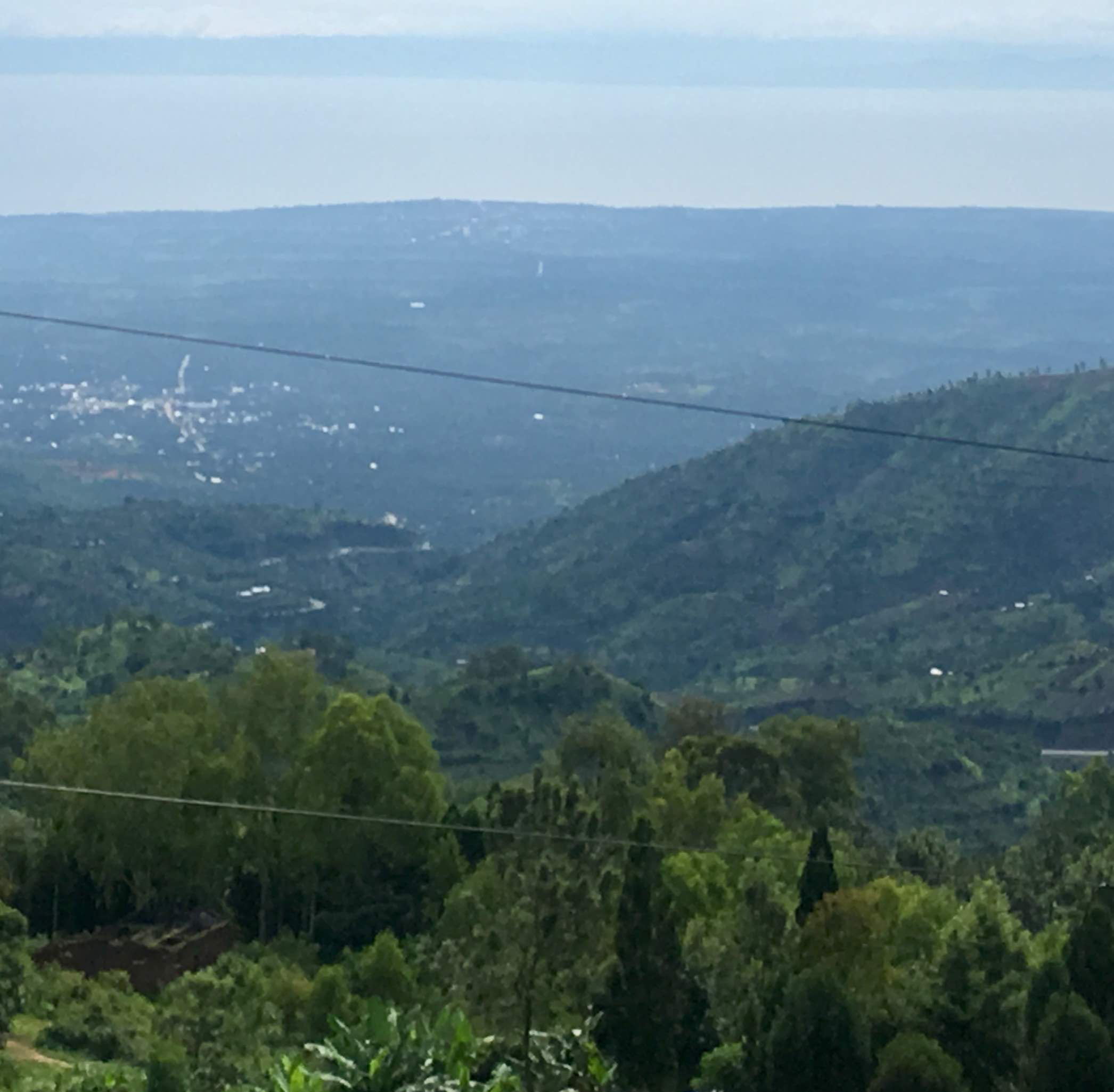 “They don’t even understand why we fled”: New IRRI report highlights the difficulties of reintegration in Burundi

“Unfortunately, it is difficult to meet our needs. I did not receive any support, when we just came back from exile. […] The major problem we face is feeding our families. Even the members of my family who welcomed us are exhausted.”[1] This woman and thousands like her who have repatriated to Burundi are urgently… 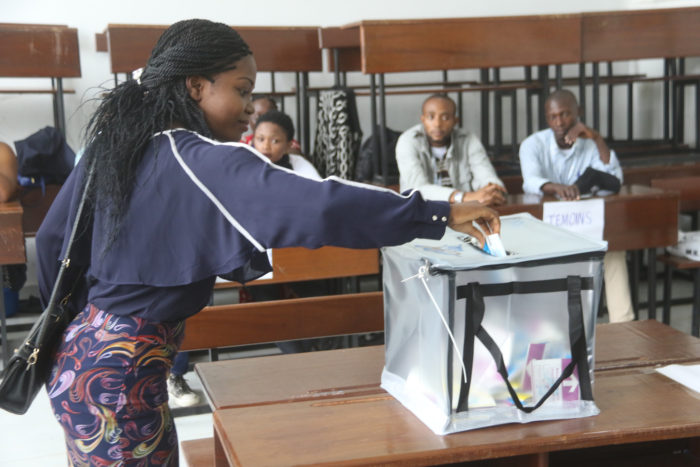 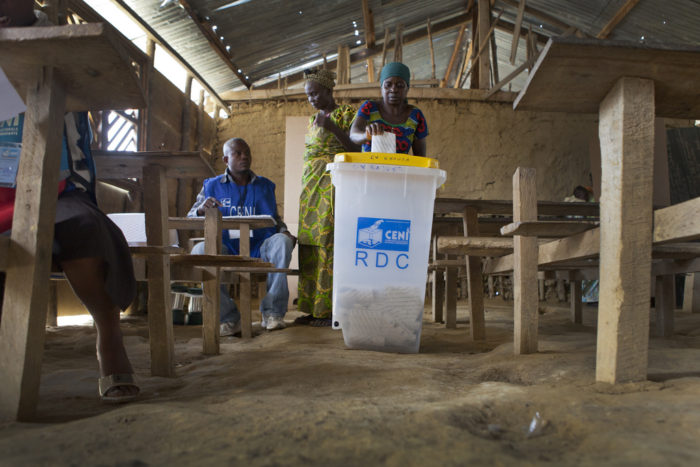 Finally, they are taking place. On 23 December, citizens in the Democratic Republic of Congo (DRC) are going to the polls. After more than two years of postponements, it now looks like in January a new president will be sworn in. This might look like the first peaceful transition of power since the country’s… 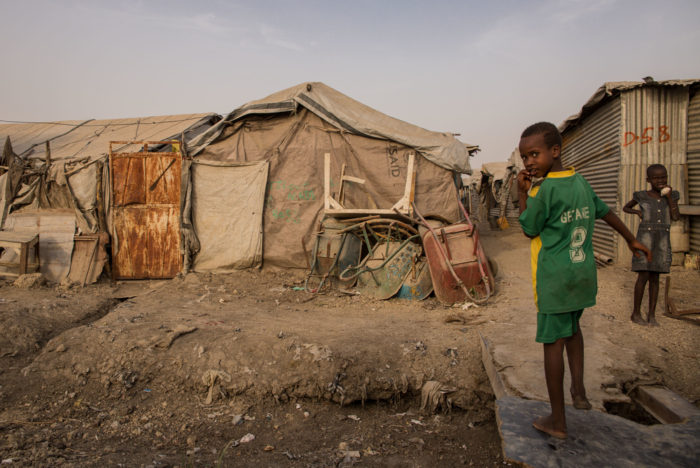 South Sudan peace deal: ‘Whose power are they sharing anyway?’

Photo by Stefanie Glinski/IRIN  More than four million South Sudanese, a third of the country’s population, have been forced to flee their homes during the last five years. Without an effort to include their views – not just those of the country’s political elite – lasting peace will be difficult to achieve. The signing in… 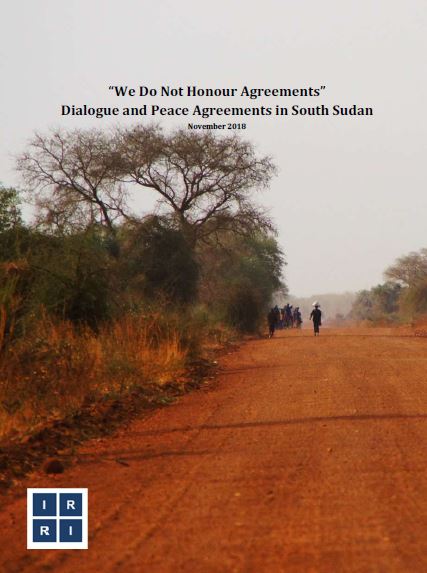 As South Sudanese and international actors evaluate the potential of the recently signed agreement to move the country towards peace, the International Refugee Rights Initiative has released a new report highlighting the views of South Sudanese citizens, both who have remained at home and the displaced, on dialogue and peace agreements. Although the research was… 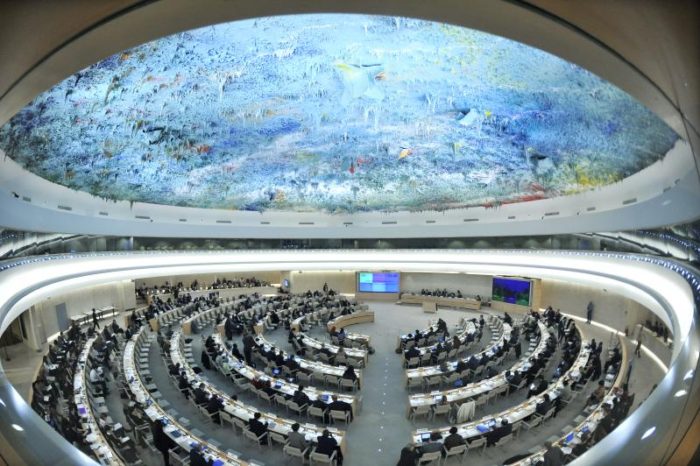 Re: Creating a dedicated country-wide human rights monitoring and reporting mechanism on the Democratic Republic of Congo at the UN Human Rights Council Geneva, 5 September 2018 Your excellency, We, the undersigned Congolese, regional, and international organizations, write to urge your delegation to support the creation of a country-wide human rights monitoring and reporting… 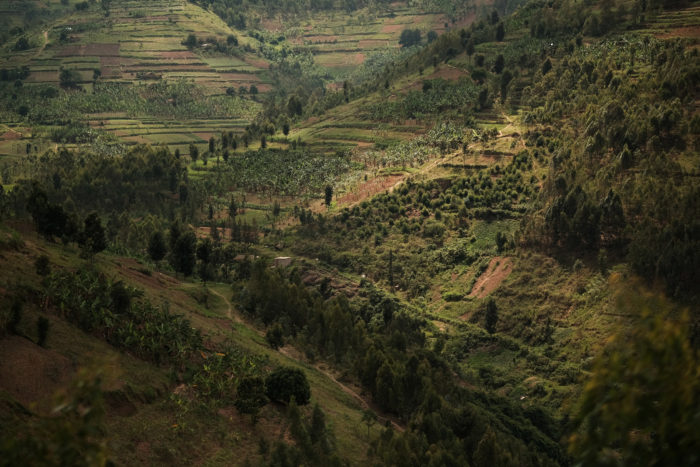 Abuses against Rwandan refugees in Uganda: Has Time Come for Accountability?

For many years, Rwandan refugees in Uganda have faced abuses, including arbitrary detention, forced return to Rwanda and attacks on their physical security, without any form of accountability. However, last Friday, 24 August, former Inspector-General of the Ugandan police, General Kale Kayihura, has been charged with aiding and abetting the kidnapping and repatriation of… 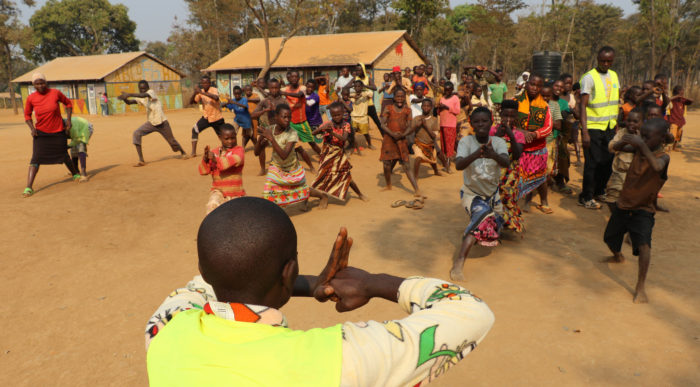 “There is pressure on us”: Burundian refugees in Tanzania pushed to return

With words and actions, the Tanzanian is pressuring Burundian refugees to go home, putting them at greater risk of abuses. 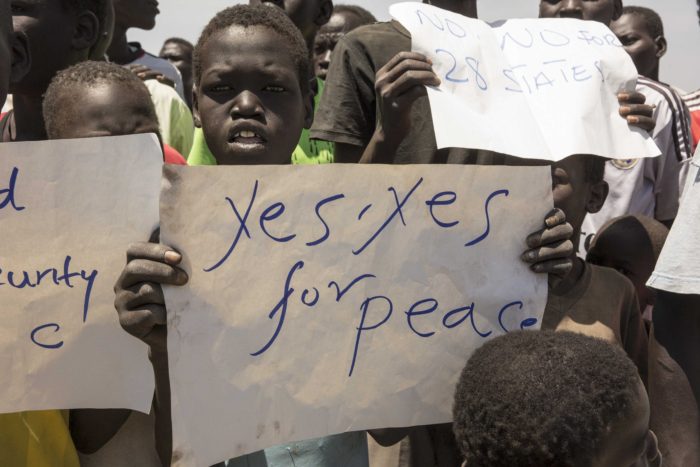 On 7 August, South Sudan’s president and main opposition leaders signed a new deal, which allows for the inclusion of the latter in the country’s government and is supposed to end the conflict that has ravaged the country since it started in late 2013. Despite hopeful statements by the signatories and its guarantors, this… 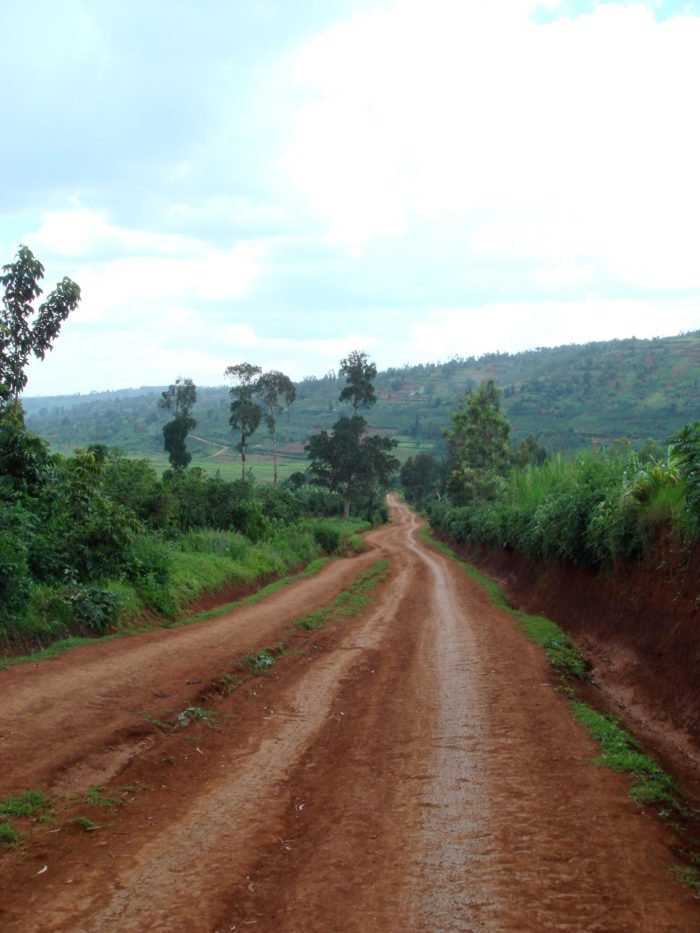 “We need to talk” Burundi citizens supportive of regional dialogue

African leaders should decide how to revive the dialogue on Burundi, IRRI said today, as it launches a new report on dialogue and peace agreements in Burundi. The report’s findings show that despite considerable skepticism, many Burundian citizens support a continuation of talks and strongly value previous peace agreements. “While criticising the parties and the… 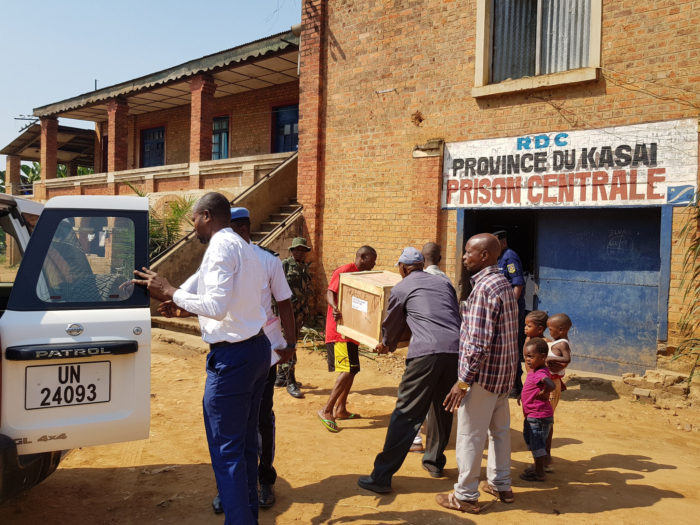 “They killed my brothers of 16 and 18 years old. They killed them in my presence, I saw it happening,” Sylvia,* a young Congolese mother, told IRRI in Angola. “Even when the military killed my brothers, I wasn’t allowed to cry. They burned the corpses.” A team of experts, mandated by the UN Human Rights…